Military asked to provide security for elections in ex-FATA

With elections for provincial assembly seats in the erstwhile federally administered tribal areas less than a month away, the apex body has handed over security in these areas to security forces apart from deciding to deploy the military both inside and outside polling stations on either side of the July 20 polling date.

This was announced by the Election Commission of Pakistan (ECP) in a statement released on Friday. The statement said that the ECP has requested the military and civil armed forces to handle security affairs during the provincial assembly elections in the erstwhile federally administered tribal areas (Fata) in exercise of its power under Articles 220 and 245 of the Constitution.

The armed forces will be deployed inside and outside the polling stations for all 16 seats from July 18 to July 21 to assist the ECP in conducting free, fair and transparent elections. Moreover, the security forces will be deployed at the Printing Corporation of Pakistan in Islamabad from July 5 to July 20 in order to make stringent security arrangements for transporting and storing of ballot papers.

Security forces will also be deployed at all venues where presiding officers, senior assistant presiding officers and polling officers will be trained from June 24 to July 7. A sufficient number of mobile vigilance teams, quick reaction force and reserves will be deployed in all the 16 constituencies as part of an integrated security mechanism to provide a secure environment for voters and the election staff.

ECP has authorised each designated officer in charge of the forces (gazetted as well as junior commissioned officer) deployed for providing security inside and outside of polling stations of a constituency to exercise the power of a magistrate first class for the entire duration of their deployment. They have been authorised to exercise these powers with respect to offences under sections 169 (personation) and 171 (capturing of a polling station or polling booth) punishable under section 174 of the aforesaid act and to take cognizance of any such offenses under any of the clauses of subsection (I) of section 190 of the Code of Conduct of Criminal Procedure and to try any such offence in a summary way in accordance with provisions of said code relating to summary trials.

Security personnel deployed inside and outside a polling station while performing their security duties are supposed to first report irregularities or malpractices they observe inside and outside a polling station to the presiding officer and act according to instructions issued to them in that regard. In case the presiding officer does not act to prevent the commission of any reported irregularity and malpractice, security staff shall immediately bring the matter to the notice of designated officer-in-charge of the forces of in the constituency who shall take action in light of power delegated to him and also inform the relevant returning officer.

Troops deputed on election duty will be governed by Article 245 of the Constitution and sections 4 and 5 of the Anti-Terrorism Act, 1947 (as amended) for the entire duration of the deployment. 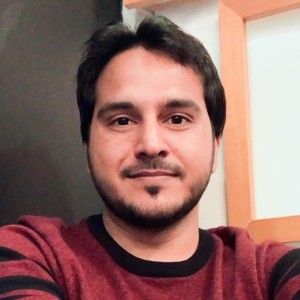 All Posts »
NextSouth Waziristan gets its first police stationNext